“It is the common fate of the indolent to see their rights become prey to the active. The condition upon which God hath given liberty to man is eternal vigilance.”

In the Manitoba Court of Queen’s Bench

THE GOVERNMENT OF MANITOBA

The unions claim that the PSSA is an unconstitutional interference with their collective bargaining rights, protected by the Freedom of Association Guarantee set out in Section 2(d) of the Canadian Charter of Rights and Freedom.

Are they right?  Well, that is what this 13 day trial is all about.

If the price of freedom is indeed eternal vigilance, what happens when a government goes on trial in a courtroom?

The only reason we have trials in public is so that everyone, that is, every member of the public, can be satisfied that our democracy is working properly. But, how can you be vigilant about something you can’t see?

You can attend court all you like. You have that right. But that doesn’t mean that you’ll be able to tell what these lawyers and judges are going on (and on, and on) about.

We depend on the media for public scrutiny of our peace, order, and good government. But this doesn’t work very well in legal proceedings, primarily because most members of the media aren’t lawyers either. They can do all the research, and faithfully report all the facts, but without a legal background, a journalist’s ability to explain what gets played out in a courtroom remains unavoidably limited.

So, I hope to do something that is hard for the media to do: provide background and legal context to fill you in on MFL v. Manitoba.

Think of me as a colour commentator for this legal game. Like Matt Dunigan and Milt Stegall, I can explain to you what the plays were, as well as why they were chosen, and what they were meant to achieve.

I was a lawyer, but I’m not one now, so of course this is not legal advice or in anyway intended to be. I do, however, have the knowledge and experience to bridge the gap between what is happening legally, and whether anyone who is not a lawyer can understand it.

I think that there is something seriously wrong going on here. My goal is not to persuade anyone else of that view, but rather to provide enough information so that people in Manitoba, and the rest of Canada, can decide for themselves whether they think so too. 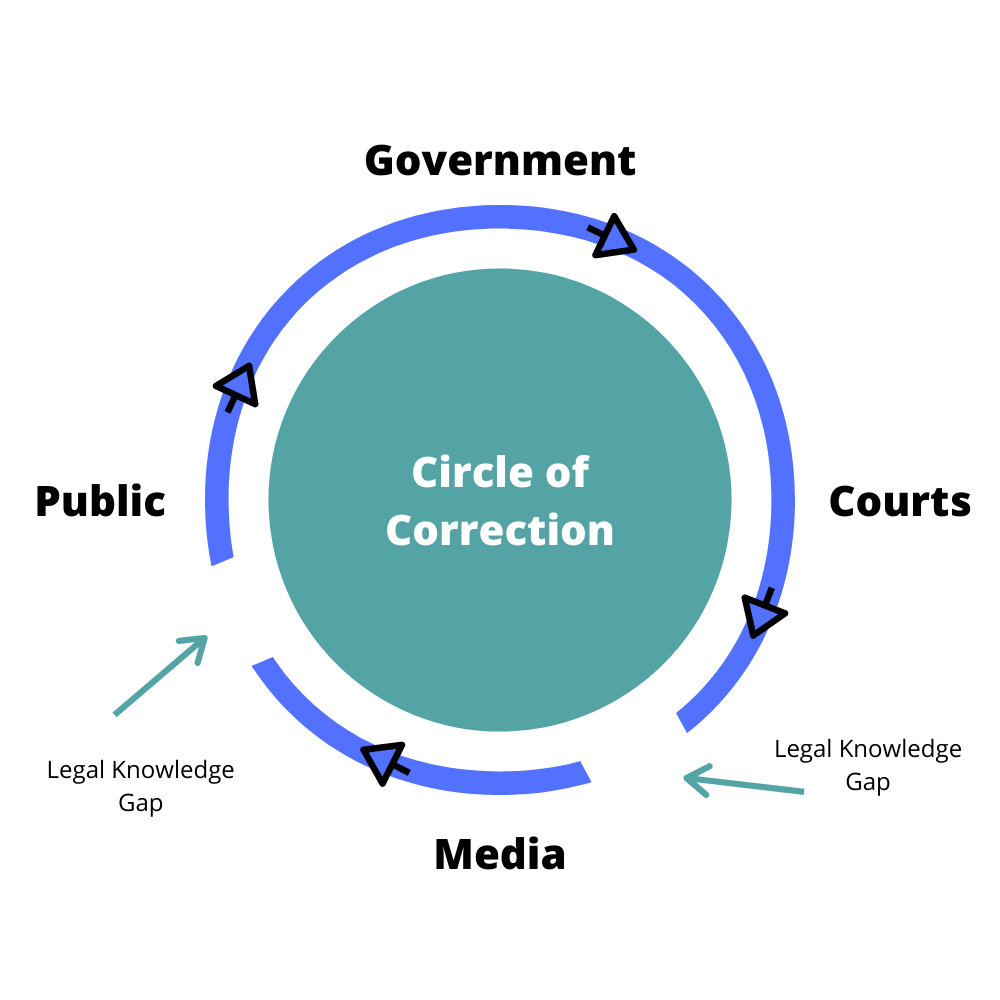 The most essential and effective means of correcting government action is through the courts. When it comes to whether something a government is doing is illegal, and especially if it is unconstitutional, it is the job of the courts to step in. It helps that the whole legal system is designed to investigate, consider, and find, factual truth.

The problem is, however, that the way the courts do this very important business is wrapped up in a complex cocoon of law and legalities. You could watch an expert mechanic fix your car motor, and listen to them talk to another expert while they go through it, but if you know nothing about cars, it probably won’t be much use to you.

And yet, in a democracy, while the circle of correction begins at the courts, it is not fully realized unless and until the information gets to the people. Because of the gaps caused by a lack of legal knowledge, this process breaks down, whether information travels from the courts to the people directly, or whether it gets summarized and commented upon by journalists whose job it is to tell us of these truths.

It’s not the media’s fault. It’s just that legalese needs to be translated into real-people language, and thus in many cases it helps to have a lawyer fill in the gaps by explaining it to you.

That’s what I’m trying to do here – closing the circle of correction. Let me know if you have any questions. I’d be happy to hear from you.

Twenty-eight unions and the Manitoba Federation of Labour sued the Government of Manitoba for passing the Public Services Sustainability Act. (Lawyers would shorten the case name to MFL v. Manitoba, because no one wants to have to list all 29 plaintiffs.)

The Public Services Sustainability Act governs the wages in collective bargaining of around 123,000 people who get paid by the government. Apparently this represents about 20% of Manitoba’s workforce.

The case raises all sorts of interesting legal issues, such as what is the impact of the Public Services Sustainability Act on labour relations and collective bargaining in the Province? Or, what happens to employment standards set by the government when the government is also the employer?

But underneath all the verbiage, there are more fundamental questions of fairness, equality, and who pays for what, things that might make most Manitobans uneasy, if they knew.

All of this started in April of 2016, just after the Conservatives won the Provincial election. Their first order of business? Fix Manitoba’s finances. Apparently, there were any number of tools they were thinking about using to do this, but one of them eventually included finding ways to reduce costs of public services.

They had been planning it for some time, but eventually the government drafted Bill 28 and included it in the Budget for 2017. It was passed in the Legislature and received royal assent on June 2, 2017. That was how Bill 28 became a law – the Public Services Sustainability Act, or the PSSA for short.

The pssa by the numbers

The PSSA has been passed but has yet to be proclaimed. This means that officially, it is not yet in force. What that means for everyone who might be affected by the terms of the Act is one of the main messes that led to this trial.

Whether in force or not, the Public Services Sustainability Act sets out limits on wage increases in collective agreements over four years: 0% in the first year, 0% in the second, 0.75% in the third, and 1% in the fourth. This 0%, 0%, 0.75%, 1% model comes up again and again and is often referred to as “the PSSA pattern.”

There are other terms which include a prohibition against any other monetary increases, some things called “sustainability savings”, and some retroactivity provisions, which makes anything over the PSSA a nullity, and makes the employees pay it back.

All of these provisions are highly contested, and so the parties will have lots to say about them.

The Fundamental Issue – Is the PSSA Unconstitutional?

The fundamental question is whether the PSSA substantially interferes with collective bargaining in Manitoba. There is a Supreme Court of Canada case that says – you can’t do that. That’s unconstitutional.

So, when the Public Services Sustainability Act received royal assent on June 2, 2017, the unions called up their lawyers, and said – time to challenge it.

MFL v. Manitoba was filed on July 4, 2017, and, after wending its way through some typically lengthy legal mazes, it came to trial, which took place from Monday, November 18 until Wednesday, December 4, 2019. Thirteen days of legal fun. And the lawyers put it all together in final arguments which took place from Tuesday, February 18, 2020 until Friday, February 21, 2020. More legal fun.

And then the Government lost at trial, and then they appealed. The Court of Appeal will hear what should be the final battle on June 2, 2021. COVID permitting, I will be there.

This is what happened in the trial of Manitoba’s The Public Services Sustainability Act.

Exploring the Blog … Getting Around

The main blog feed is up top in menu item – THE STORY, where I summarize what happened during the trial. Posts called “Asides” appear from time to time. These are extra wonderings about what has been happening and what might be going on. Think of it as what the sports colour commentators say when they are filling time during breaks in the action.

The MORE INFO section already includes some law on the LAW & LEGALITIES page. It’s just some context to show you why lawyers frame things the way they do and it takes some getting used to. Don’t worry. Even lawyers find law confusing sometimes. I’ve also started commenting on some of the media coverage of the case on the COVERING THE MEDIA COVERAGE page. It’s my way of smoothing out the informational wrinkles caused by the difficulty non-lawyer journalists have in reporting on legal cases.

Finally, if you have any questions, just hit CONTACT ME and ask.

And the head shaking goes on …

Pallister loses again. The Manitoba Court of Appeal rejected and ejected the Government’s appeal of the Mandamus Decision.

It’s not as though this is at all surprising. I’m pretty sure that the Government of Manitoba doesn’t expect to win any of these things. Instead, their strategy seems to be:

Hey, we know all this stuff is unconstitutional, but that’s inconvenient, so here is our plan. Let’s do it anyway.

Since Brian is so intent on giving me so much material, I guess I have no choice but to get down to it …

(Spoiler alert: I hear that the word “unreasonable” came up. I only wonder how many times. Too bad it would be improper for the Court of Appeal to say what I bet they really think – ridiculous, ridiculous,  and ridiculous. As for me, I am not so constrained. 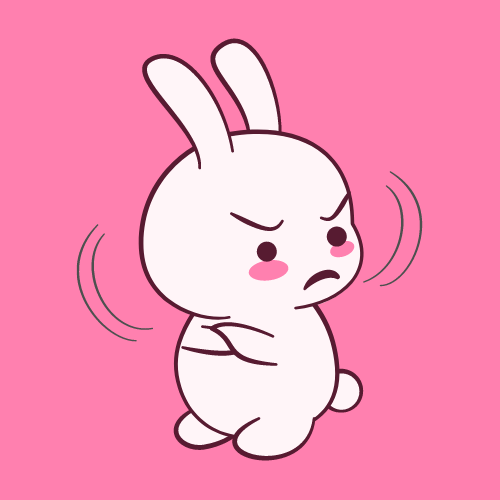